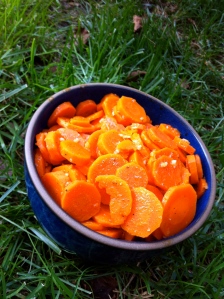 They are almost like characters in a book, these relatives that I have heard so much about but never had the opportunity to meet.  The baker, the grocer, and the tanner.  Yisroel (Isser) Gutman, my maternal grandfather, the one who I know the most about, owned a tannery in Mogielnica.  Is it coincidence or did I purposely seek out the stories of my namesake?  What I do know is that he was observant, davening in Shul three times a day, leaving little time to spend with his family.  My mother told us how he maimed himself to avoid conscription into the Polish army out of fear that he would be forced to eat “treif.”

My favorite story was the one of his great adventure.  One night, long before the war, Isser left his home in the middle of the night, while everyone else was asleep,  to rendezvous with an uncle with who had concocted a plan.  They had hired a driver with a horse and wagon to meet them at a certain hour and take them to the port where they boarded a ship bound for the United States.  Apparently when my grandmother woke up that morning and heard the news, she went to the port to stop him, but it was too late.  Yes, my grandfather left his family without any discussion, but I prefer to think about the great lengths that he undertook to improve their lot.  Isser stayed in New York for about a year, but we don’t know anything about his life there.  Did he work as a tanner, did he live on the Lower East side, where I imagine him living, was he happy, lonely, prosperous?  We know that my grandmother refused to join him in this “heathen” land and eventually Isser returned to Poland and neither she nor he survived

I think of Isser more often during this time of year because of two stories that connect him to the holidays.  One was that he would insist on eating all of his meals in the sukkah no matter how bad the weather was, forcing my grandmother to carry his food out to him while the rest of the family ate inside.  The other story is that the head of the fish, which was considered not only a delicacy but also a symbol of good fortune, was always saved for my grandfather on Rosh Hashana, out of deference and respect.

We didn’t make fish for Rosh Hashana but we did serve other symbolic foods.  Dates and pomegranates, beets and kreplach, (kreplach represent our concealed fate for the coming year.)  In Yiddish the word for carrots is mehren, a word that also means multiply or increase, so they too were included.  I like to slice them and drizzle them with olive oil so that they look like a bowl of glistening golden coins, a reminder of the riches we hope for in the New Year.  Riches that come in the form of enjoying good health, from spending time with family, and from remembering and sharing the stories that have enriched my life.   These carrots, although not an Ashkenazi dish, remind me of Isser who wanted more from life and tried his best to achieve it.  G’mar Hatimah Tovah.

salt and pepper to taste

Boil sliced carrots in a large pot of water for about 8 minutes.  Drain under cold water.  Place carrots in bowl and toss with remaining ingredients.  Adjust seasoning.  Sprinkle with chopped cilantro if desired.  Serves 6-8 as a side dish.