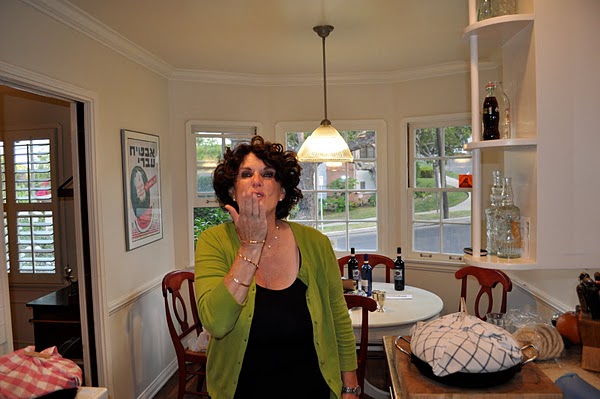 Growing up in the Bronx, New York, in the 1950s was a unique experience. My parents were from Poland and after the war, lived in Paris for several years before immigrating to the United States. I was a first generation American, surrounded by immigrant families. Our neighborhood was filled with other Eastern European Jews as well as a large community of Italians, mainly Sicilians. My Mom was a very good cook and the dinners she prepared were always fresh and seasonal, with a European influence. I was fortunate to have other inspirations as well: my French cousin Micheline, who made dishes with exotic and beautiful names such as Isle Flotante and crème caramel and my Tanta Marisha who made her own liqueurs every summer with the blueberries and raspberries that we picked near her home in New Jersey. I also shared meals with  the Bartolinis, where heavy red pasta sauces cooked for hours. Food was always the centerpiece of gatherings for family and friends. It was an expression of love, warmth and hospitality.  Now I cook with my grandchildren, hoping that they too will learn to love spending time in the kitchen and understand the value of feeding others.

With this blog I hope to share some of my memories and recipes with you.